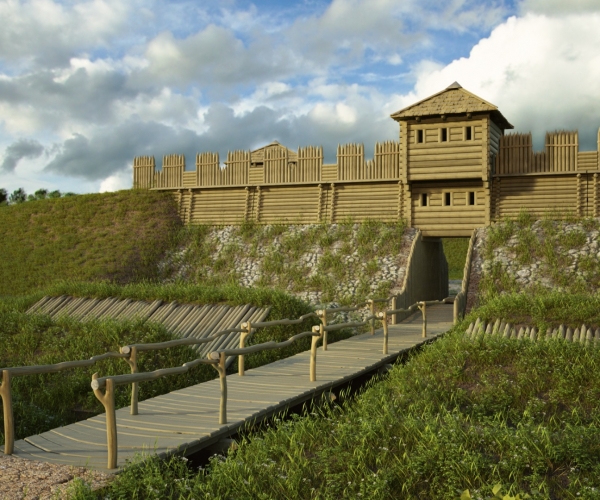 ARCHAEOLOGY ABOUT THE ORIGINS OF ŁĘCZYCA

Situated on a small hill among wet meadows in the valley of the Bzura River, the mound in Tum is the oldest element of the medieval Łęczyca. It is a remnant of an early medieval stronghold, i.e. a defensive place and at the same time a local administrative center during the times of the Piast dynasty.

Strongholds were characteristic early-medieval fortresses, prototypes of castles, where instead of brick or stone walls wooden and earth fortifications were erected. Special structures were used for this in the form of earth mounds on a wooden framework, the so-called grid, and also earth-filled boxes. Inside there were residential and economic buildings, wells, and sometimes the site was deliberately left empty, as in the case of Tum, which also had its significance.

Thanks to the research of successive generations of archaeologists, we know that the first stronghold in Tum was built at a time when the area of today's Poland was inhabited by various tribes, such as the Polans and the Vistulans. One of these tribes, at the end of the 8th century, erected the first, circumferential rampart with a square (the so-called majdan) inside. There were no permanent buildings there at that time, as the fortress served as a refugium - a defensive place where people could take shelter in case of danger. Probably at that time a defensive palisade was also built on the adjoining settlements to the east, probably enclosing the place of pagan worship.

The first turning point in the history of early medieval Łęczyca was the last decade of the 10th century. It was then, as determined by recent archaeological research, that the stronghold was occupied by the Piasts, who were building the first Polish state. Phase II, the early Piast period, began. The new authorities embarked on a thorough reconstruction of the entire site. The old ramparts were partially leveled, and on their basis new fortifications with a characteristic, impressive stone face were built. In the northern part there was a wooden entrance gate, and in the interior of the stronghold, along the ramparts, permanent wooden buildings were erected. Wells were placed in the centre, built in the middle of the 10th century. The artefacts from this period testify to the presence of an armed garrison, including mounted warriors, in the fortress. Some finds may even be associated with the stationing of a Wareg team here - warriors of Scandinavian origin, who were also influenced by the Russian culture. What is important, it is from the end of the second phase (the turn of the 11th and 12th centuries) that the leading relic comes from - a unique silver polygonal ring with a Latin inscription. In turn, the settlement was surrounded by a solid double palisade, and on its culmination archaeologists have discovered traces of mysterious, still pagan cult practices.

It is also known that at that time the Łęczyca stronghold was the central centre of the Łęczyca land and performed administrative and defensive functions. It was also the main element of contemporary Łęczyca, which did not have a uniform compact development but was scattered on both sides of the Bzura river valley, with the fortress in the middle. To the north-east, on the site of today's collegiate church, there was a Benedictine abbey, founded in the 1160s. To the west, behind the pre-local settlement on the so-called Kępa Dzierzbiętów, there were buildings, including probably "mansions" of the representatives of the emerging knightly state. This was the so-called Old Town, i.e. pre-local urban settlement located in the area of the no longer existing Holy Cross Church (this place was once called "Emmaus" by the local population).

Written sources tell us that at the beginning of the 12th century Łęczyca was the scene of a civil war between Władysław Herman's sons, the elder Zbigniew and the younger Bolesław Krzywousty, the latter of whom, as the victor, according to Gall's Chronicle of the Kingdom, was supposed to restore the old town. Interestingly, this account of the reconstruction has not been confirmed by archaeological research. In 1138, after the death of prince Bolesław Krzywousty, the Łęczyca land was separated as a so-called widow's property for princess Salomea. Sources mention her court, which was to be located in Łęczyca. Archaeologists expected to discover its remains within the stronghold. However, it was found that from the beginning of the 12th century until the middle of the 13th century the history of the fortress went through a 100-year period of a significant decrease in activity. During this period the fortification of Łęczyca could probably still serve as a place of defence, but as in the pre-Piast period it was not permanently inhabited.

After this transitional period, at the end of the 1350s, the third phase of stronghold development began, the so-called castellan period, which lasted until the mid-14th century. The wooden-earth fortress was heavily rebuilt. An extensive system of outer ramparts and moats was used, over which a wooden platform was built from the north to a new gate. The buildings returned to the fortress with a complete novelty in the form of a multi-storey tower building. The relics from that period show that the fortress was intensively used, also by the military crew, and they testify to the functioning of a chancellery and specialised craft workshops in the Łęczyca stronghold. The Łęczyca fortress was a very important defence point, as well as the seat of the duke and the castellan. In turn, the nearby islet was the direct base of the stronghold, where, among other things, iron metallurgy was developed. The Benedictine abbey was replaced by the magnificent collegiate church of the Blessed Virgin Mary and St. Alexius, consecrated in 1161, and the "old town" of Łęczyca developed on the other side of the Bzura River.

From the mid-14th century, after more than 500 years of development, the dormant fortress of Łęczyca quickly faded into oblivion, gradually taking the form of today's mound. Its function was taken over in the second half of the century by the castle of Casimir. However, the stronghold was not completely abandoned and in the late Middle Ages it still attracted visitors, especially local knights. In the second half of the 19th century and during the interwar period, the high earth rampart was used as a bullet stopping device for the local shooting range. The final touch connected with the use of the defensive qualities of the castle was in the September campaign of 1939, when the German army prepared it for defence. 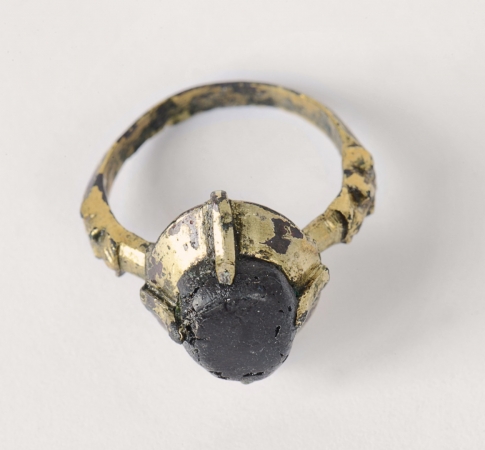 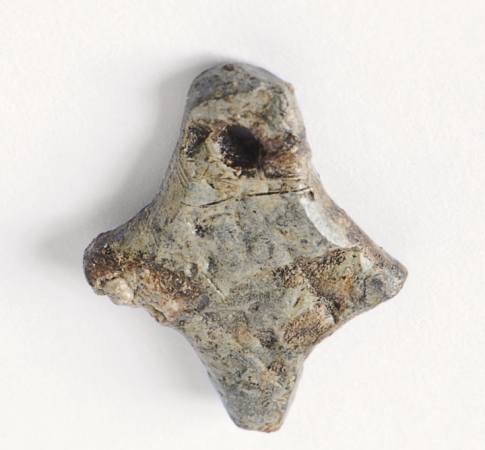 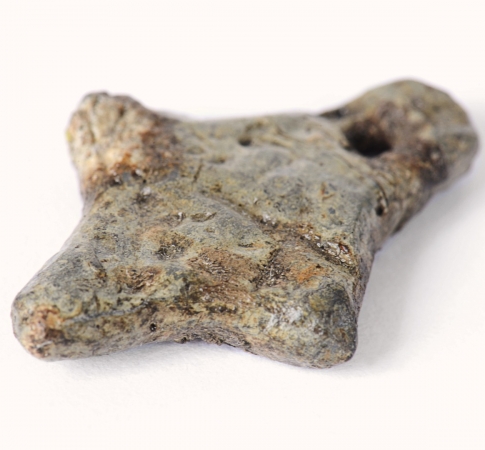 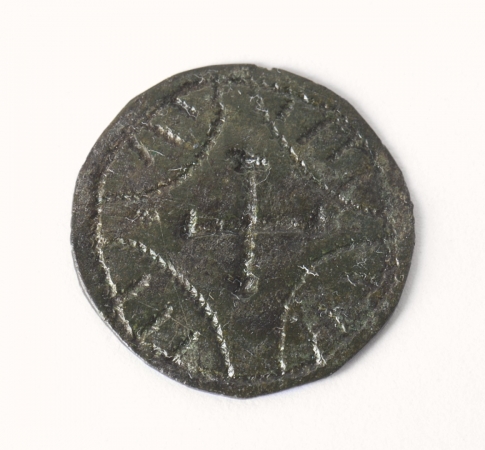 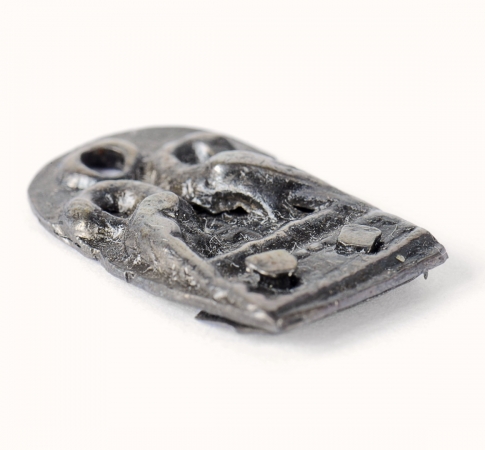 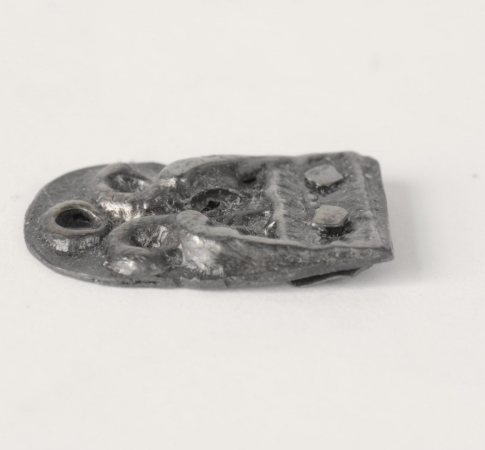 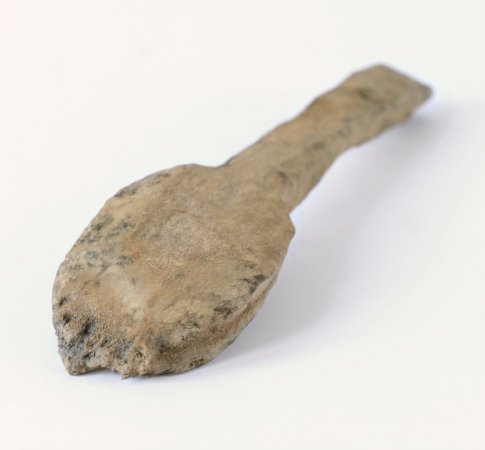 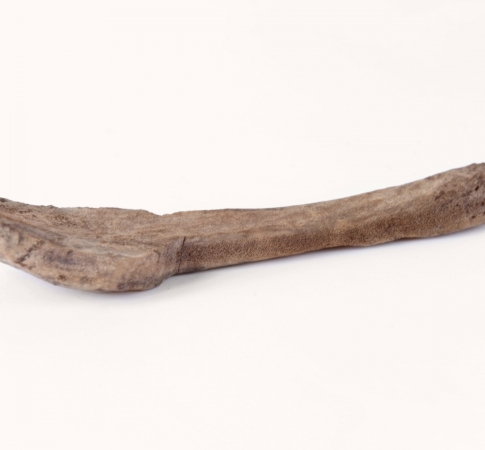 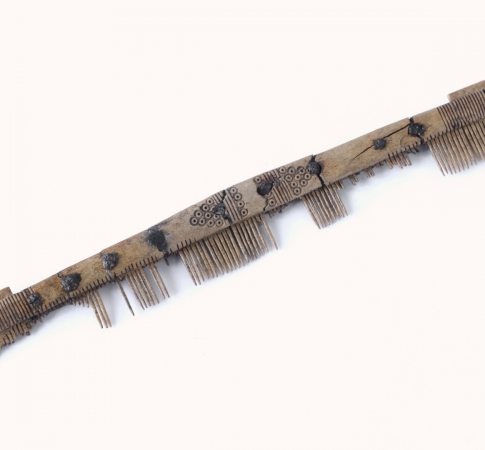 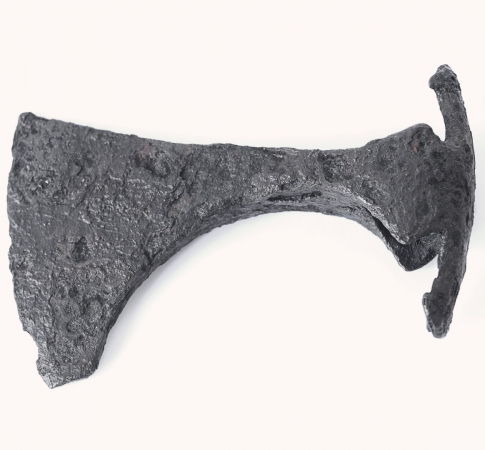 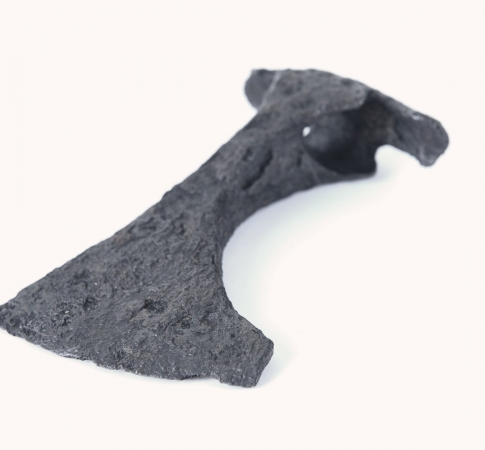 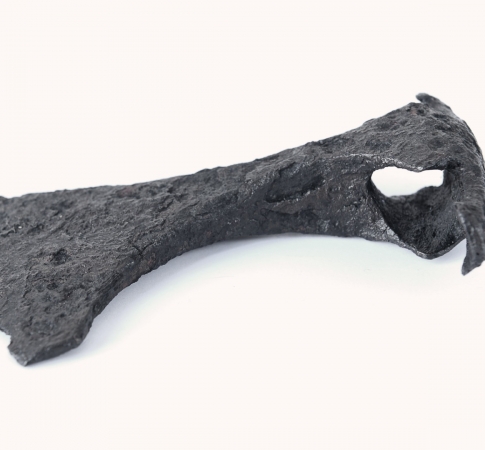 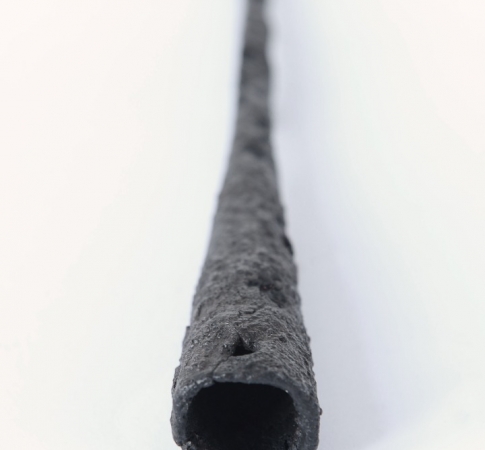 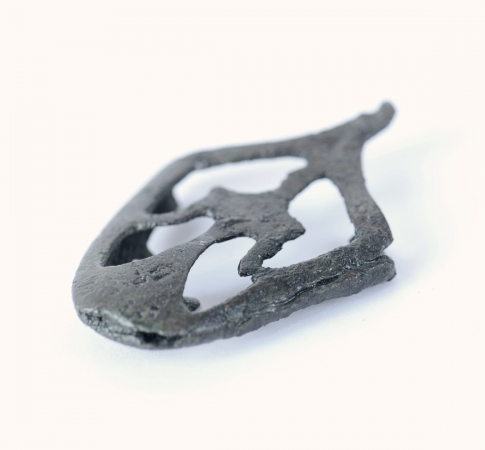 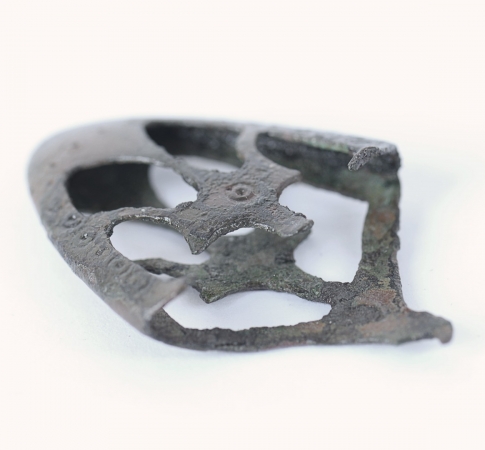 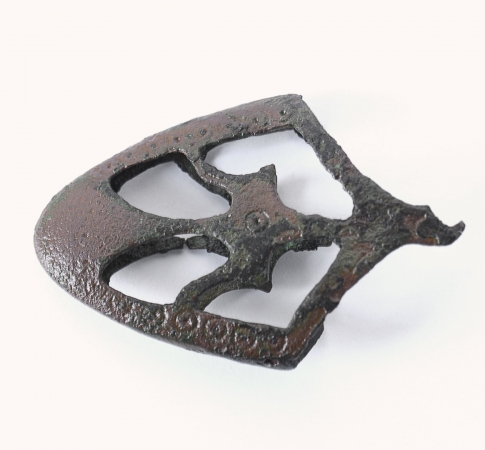 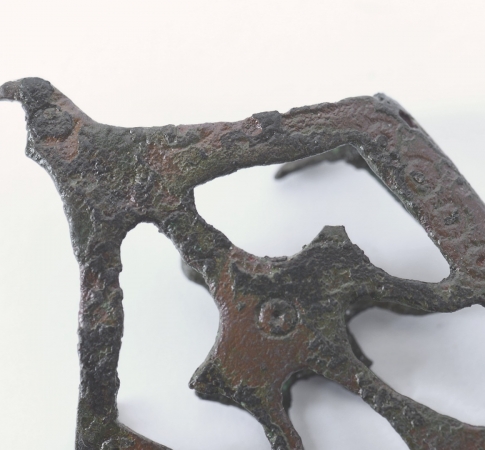 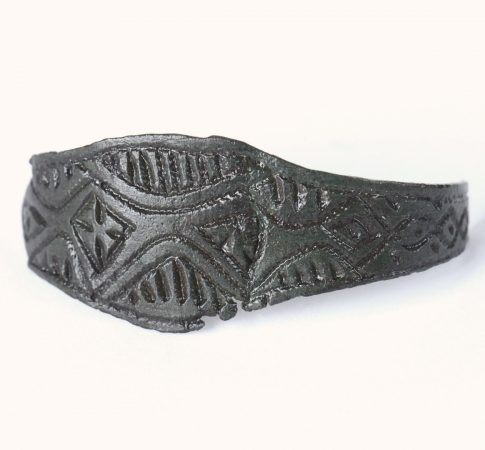 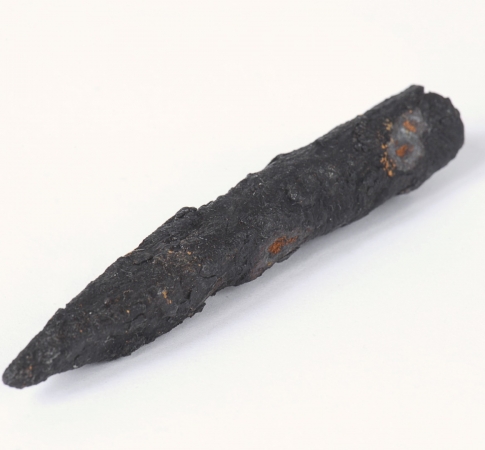 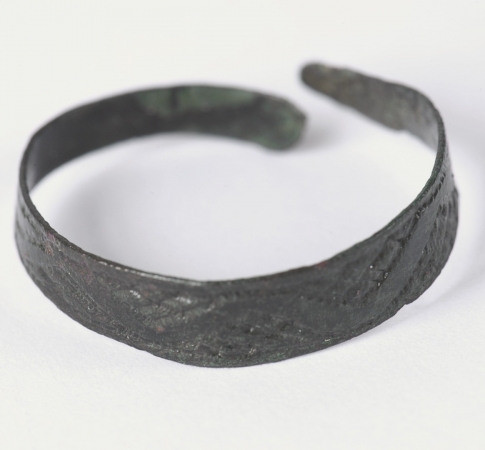 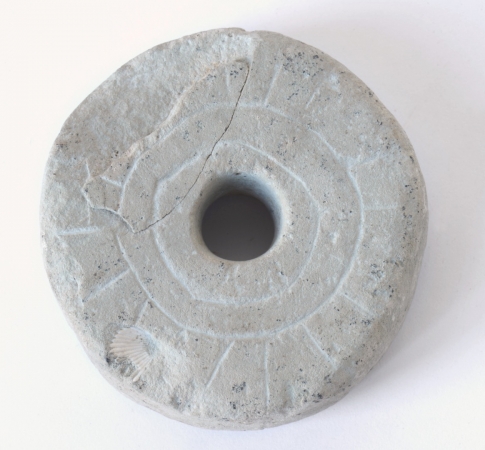 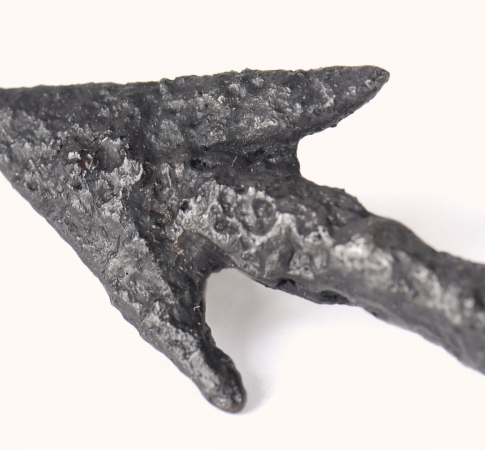